Tips for First Time At A Sex Club or Party
Have you ever thought of venturing outside your bedroom for sex? How about right away from your home? People have long b

The Best Sex Positions For Valentine's Day
For some people, Valentine’s Day is all about the romance. The wooing, the fancy dinner, the deep, heartfelt conversat

Pride And Sex Go Hand in...

We have come a long way baby!

Every June, countries all around the world celebrate LGBTQ+ Pride. There are parades, parties, remembrances, talks, lectures and, of course, lots of and lots amazing sex. From big giant festivals in inclusive cities to small marches through still unwelcoming towns, people from across the spectrum of the LGBTQ+ community gather to support each other, learn from each other and discuss the current issues that currently affect the community. Oh, and of course, there’s sex.

Does it seem like I’m harping on the sex idea? Well, I am. For all of the greatness that Pride brings to the LGBTQ+ community, there are still some folks within the larger group who want to keep the sex part of Pride quiet. There’s a complicated history here that certainly cannot be ignored. However, trying to distance Pride from queer sex is denying another part of our community’s history. What a tangled dance!

For those who aren’t familiar, what has become known as the Pride Movement was started in 1969 with the riots at the Stonewall Inn, a gay bar in New York City. Tired of police harassment, the marginalized folk who fall under the spectrum of the rainbow (gay men, lesbians, transfolk, sex workers) decided to fight back. But the Stonewall Inn wasn’t just a regular where people meet for a casual drink. Beyond the many flavours of sex workers, Stonewall was a place to cruise for sex—long-term or casual.

Fastforward about a decade. The gay and lesbian liberation movement is really starting to gain some steam. Artist Gilbert Baker sets out to create a unifying symbol for the LGBTQ+ community and comes up with, arguably, the most successful bit of branding ever established. The rainbow flag was born in 1978 and instantly became an iconic fixture in the lives of LGBTQ+ people.

However, did you know that the rainbow flag we see today is not as it was originally designed? These days, we see 6 horizontal stripes: red, orange, yellow, green, blue and purple. Baker chose these colours, not only based on actual rainbows, but also through colour theory. And Baker’s original design called for 8 stripes: pink for sex, red for life, orange for healing, yellow for sunlight, green for nature, turquoise for magic, blue for serenity, and purple for spirit.

The probably with equating sex and Pride came in the 80s. Of course, this was a dark time for the LGBTQ+ community. The AIDS Crisis was a true apocalypse for queer people all around the world. As the death toll grew, as governments sat back and watch a generation of LGBTQ+ folk succumb to a tragic illness, the world at large condemned our sex practices for spreading a plague. It didn’t matter that we were rapidly figuring out that who you had sex with wasn’t important in the transmission of HIV, because the LGBTQ+ community was hit so hard and so fast, we were vilified. And there is when some folks decided it is crucial to put sex on the backburner.

Moving forward into the 90s, other fights became significant to this segment of the LGBTQ+ community. Same-sex marriage. Pension rights. Workplace equality. Protections under law. Don’t get me wrong, these are all definitely important and are major wins everytime they are gained in a new country. There are still one-third of countries around the world that still criminalize being gay in some way. But some would argue that these gains all sanitized the queer community. That these fights were to fit in with the heteronormative, straight world, as opposed to continuing to carve our own different, but equal space.

And the one thing that will always do that is sex. They have sex in one way, we have sex in many different ways. Everybody is having sex! Straight people sex has its own problems, but it is accepted as a thing that happens. So, whether the LGBTQ+ community wants to establish itself as different or similar, acknowledging sex is the best way to maintain our humanity.

Q&A: Should I Fear A Sex Doll? 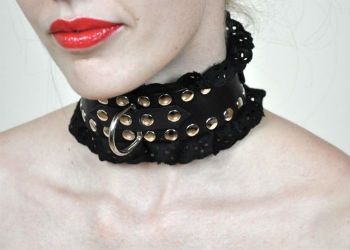 Collars: A Symbol Of Love And Pleasure

What Is A Cannasexual? A Brief History Of Vibrators

When Should You First Have Sex?

Erotica: Walking In On A Sex Party