What Is The Best Time Of Day For Sex?
Creating a new relationship is always fraught with challenges and excitement. Newfound love and lust can be such a drivi

You Are What You Eat: Diet and Sex
Sex depends on a lot of things to be just right: mood, atmosphere, timing and much more. Without these ingredients, your

Pucker Up For Dick Lipstick Anytime there is an attempt to integrate a popular consumer product with some aspect of sexuality there is a great potential for silliness, weirdness and, quite likely, trouble. Sex does not readily lend itself to items that are outside the sexual realm. Sex is a very specific thing that means many different things to many different people.

Take, for example, chocolate suckers in the shape of penises. Or boobs. You know the ones, they’re popular at hen’s and buck’s nights and are great for a laugh. Fellas get to goof around and joke that they are really loving their breast-shaped candies (all the while you know they love the feel of the nipple). And the ladies get the joy of doing something they’ve always wanted to do: sink their teeth into a dick and bite a big chunk off. (As an aside, I’m not enforcing gender stereotypes or sexualities here, anyone can nibble the chocolate genitalia of their choice!).

This type of product is fun. It has a purpose. It is entirely embracing sex and sexuality and having a laugh with it. You could argue that it is a little crude, but it is unlikely you’re going to serve a silver platter of penis chocolate popsicles at Sunday brunch with four generations of your family.

So then, what do we make of dick lipstick?

This phenomenon took the Internet by storm for a few days as laughable videos of people twisting the bottom of the tube and a perfectly formed little penises emerge dominated our feeds. To look at them, they are very nicely crafted. There’s a head, urethra, veins...the whole deal.

But would anybody who wears lipstick really want their cosmetic to come in the form of a cock?

I really don’t know what to think of the makers of dick lipsticks. Are they a bunch of dudes thinking “yeah, she will totally love rubbing this cock on her lips! That’s what chicks love!”? Or, in a more dark interpretation were they reinforcing patriarchy by forcing penises onto the lips of women?

Or, are they a bunch of women who are reclaiming power by appropriating the image of the penis for their own amusement and play thing? Does making a cock into something they wield and put on when they want an empowering act?

I’d like to think the latter, but I fear the truth is closer to the former. However, this might all be moot. Maybe the makers had a totally different market in mind! Who else wears lipstick—drag performers! Are some drag performers gay or bi? For sure! Maybe dick lipsticks are meant to make our sexy as fuck drag darlings even more fabulous! Or even just gay men who aren’t drag folk, but still enjoy wearing lipstick.

Ultimately, the idea of dick lipstick doesn’t really do it for me as either a sustainable product or even a desirable one. Lipstick, it could be argued, has its own biologically-influenced imperative that is already sexually-infused. No kiss of approval here. Fast And Fantastic - A Guide To Quickies 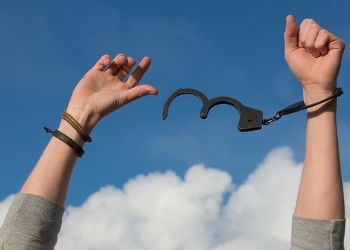 3 Great Ways To Have Non-Penetrative Sex

No comments yet for "Pucker Up For Dick Lipstick" – Be the first!